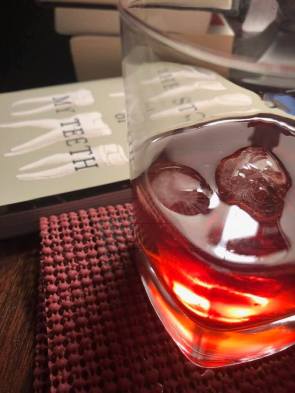 I got away from writing about the books I read and enjoyed this year, so here is a list in digest form as I shared it on Twitter.

Probably my greatest literary achievement was attending the Bread Loaf Writers’ Conference in August, where I met about a half-dozen of the authors mentioned here and either bought and read their books in anticipation of meeting with them or in the months following.

THE IDIOT by Elif Batuman. A look inside the mind of an inquisitive Harvard freshman becomes a thorough meditation about the apartness of worlds and lands, the fractured nature of language, and the perplexity of love.

THE SPORT OF KINGS by C.E. Morgan. A novel about legacy, horse racing, and race relations spanning generations of a Kentucky family, vast in scope yet with scenes sculpted with delicacy and a playfully expansive vocabulary.

CLASS A by Lucas Mann. A chronicle of the 2010 season of the Single-A Clinton, Iowa LumberKings, and the dynamic that exists between athletes with their eyes set on major-league gold and the fans who cling to small-town hopefulness.

MARLENA by Julie Buntin. About navigating the waters of a volatile friendship ending in tragedy and the haunting of one’s psyche into adulthood.

FLÂNEUSE by Lauren Elkin. A a fascinating and whimsical tour through Paris and other literary cities through the eyes of the resilient women (writers and characters) sauntering through them.

FARMER by Jim Harrison, a quiet book about manhood and loneliness and the search for fraudulent ecstasies amid restricted promise.

HOUSEKEEPING by Marilynne Robinson. A strange story born out of a mysterious place, “chastened …by an awareness that the whole of human history had occurred elsewhere.”

THE EMPATHY EXAMS by Leslie Jamison. Wise essays exploring, among other things, pain and how we react to it in ourselves and in others, along with a generous engagement with the strange that reminded me of the best of Didion.

THERE THERE by Tommy Orange. A tense and layered story about the contemporary Native American experience, the struggle to belong, and the violence undercurrent in lives torn between identities.

NIGHT AT THE FIESTAS by Kirstin Valdez Quade. Stories set in the American Southwest that look at the spaces between families and generations and the challenge of faith and traditions among them.

SICK by Porochista Khakpour. An honest memoir of illness and its bafflements both natural and institutional, set against the larger story of one writer’s search for herself through cities, relationships, friend circles, and her own artistic ambitions.

IMAGINE WANTING ONLY THIS by Kristen Radtke. A graphic exploration of places buried, ruined, and abandoned, and uncovering the stories smothered underneath, prompted by the unexpected death of the author’s beloved uncle.

SIGNS AND WONDERS by Alix Ohlin. Richly drawn character-driven stories about the complicated and often damaged relations among intelligent creatures and their families.

STEPHEN FLORIDA by Gabe Habash. A lucidly crafted portrait of a college wrestler in North Dakota, and a darkly rendered critique about the constrictions of competition and obsession.

INSURRECTIONS by Rion Amilcar Scott. Wisely crafted stories in a range of styles that forge links between generations and neighbors in the black community of a Maryland town under the shadow cast by its history.

HOMESICK FOR ANOTHER WORLD by Ottessa Moshfegh. Stories featuring humans unafraid to peel their scabs and revel in the bloodiness of their wounds as a means of escaping the confines of the body and their own angst.

ONCE I WAS COOL by Megan Stielstra. Confessional essays at once chatty and thoughtful about testing boundaries, responsibilities, and the warped evolution of the adult self.

THE STORY OF MY TEETH by Valeria Luiselli. An imaginative tale as impressive for its wicked topography and seamless integration of philosophical theory as it is for the raconteurial wanderings of its memorable protagonist.

You are currently reading The Year in Reading, 2018 at Neil Serven.